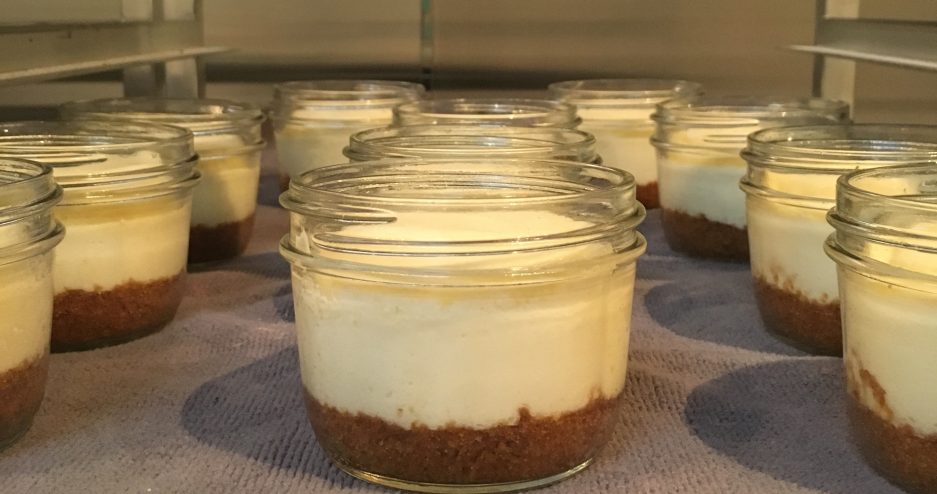 Okay, so it was at Christmas. Coming up for Easter. Those are the two times a year I make lefse for my husband. He’s a swell guy, but man making lefse is time intensive. On the other hand, it’s really fun!

My husband’s family would visit his maternal grandma at her home in Montana on their summer vacations. She would make lefse for them — many, many years after her Norwegian husband had gone to Valhalla. (He died when my husband’s mom was 10 years old.)

When I first met my husband, he was eating store bought “Mrs. Olson’s Lefse”, a popular store brand. Maybe the only one available. I thought it was horrible. I’m not real keen on the homemade stuff either—I’ll eat one with a little butter on it when freshly made, and that’s about it. But those store-bought ones—yikes! At the time I had nothing with which to compare.

I decided I would try to make lefse, even knowing virtually nothing about it. Homemade had to be better than that other stuff. I love a baking challenge! I researched, got input from my sister (her ex-MIL is Norwegian, and makes buttermilk lefse, often called Hardanger lefse, every year), and geared up.

Potato lefse is what my husband grew up with, so I used a recipe out of the Scandinavian baking book I have. I followed directions, with tips from my research. The lefse I made was dubbed “just like Grandma’s” or “That’s the stuff I remember” by my husband. I was flattered and pleased that I could make it as he remembered it. (It even passed my mother-in-law and sister-in-law’s approval!)

The trick is to keep the dough very cold, according to the note my late mother-in-law wrote on the recipe she sent me after my lefse initiation. This help cuts down on the flour needed to roll the pieces out.  Another tip — per Ms. Ojakangas— is to keep in mind that this is not potato dough, or pancakes; it is bread dough made with potatoes. When the flour is added it should feel like a soft bread dough. I’ve found it similar to the texture of scone dough.

Cream or milk is listed as an ingredient in the recipes I found while researching lefse. Maybe the dairy/liquid was forgotten when my mom-in-law copied this. I found some recipes that used shortening like hers; the one from the baking book I have uses butter. I will go with butter every time! Interestingly enough the proportions in almost every recipe were the same!

Having the rolling pin made for rolling lefse helps—I found mine long ago at a small second-hand store before I even attempted the feat of making lefse, or knew what the rolling pin was for. Or knew what lefse was. I liked the red handles and grooves. It sure comes in handy.

Here’s how I make it:

4 cups cold, mashed russet or baking or Idaho potatoes (a rose is a rose. . .)

1. Peel the potatoes, cut into quarters, and cook until fork-tender. Drain thoroughly. Place potatoes back into the hot pan, and let dry out over the burner once it’s turned off, about 3 minutes. There should remain enough heat to do this on an electric range. If you have gas heat, use the lowest heat to dry out the potatoes. (They should not brown; the objective is to remove as much moisture as possible.) Mash with a potato ricer or masher.

2. Place mashed potatoes in bowl along with softened butter, cream, salt, and sugar. Mix well; cover tightly with plastic wrap or place in airtight container and chill for 8 hours or overnight.

3. When chilled, mix in flour until dough comes together into a ball, kneading gently a few times. Divide into 14–16 pieces (depends on the size of pan being used; I use a 12-inch non-stick skillet). Roll into balls; keep cold, taking only two or three out at a time. An ice cream or cookie scoop can be used for uniform portions.

4. One at a time, roll each ball as thin as possible into a 9–12-inch diameter circle on a floured work surface. While one is cooking, roll out the next. If you have someone to work with, it’s even better — or so I’ve heard!

5. Using a long spatula or lefse stick,  place the lefse onto a hot ungreased preheated flat skillet. Let cook 2–3 minutes until small dots of browning begin to appear, similar to a tortilla. Flip; let cook another 30 seconds to a minute until “browned” on the other side. Remove to plate and cover with clean kitchen towel. Repeat with the remaining dough balls until done.

6. Serve with butter and cinnamon-sugar or jam. Lefse can be frozen: layer cooled lefse between sheets of waxed paper and place in a freezer storage bag or other airtight freezer-going container, or fold each into quarters and wrap with plastic wrap, or individual sandwich bags to freeze. Can be microwaved briefly, or let sit at room temperature for a little while, covered, to thaw.

Note: I use a lot of flour, but only as much as needed to keep the dough from sticking. Using a natural bristle pastry brush (I’ve found that the silicone ones are useless for this), I gently brush the excess flour off the surface of the lefse I’ve rolled out before placing it on the skillet. I put that side face down in the pan; and while it’s cooking, gently brush the excess flour off the top to the edges of the skillet. After removing each baked lefse, I brush the flour from the pan into a bowl—and begin again.